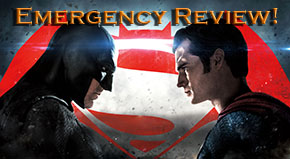 The movie is out and the review are conflicted to say the least.  Was it good? Was it bad?  What did they do right or wrong?  Where were the Wonder Twins in all this?  Well, I’ll answer all of these questions.  Yes all of them.  The Wonder Twins were at home still waiting for that call from their agent.  Zanya currently works at the zoo as an animal trainer supporting her brother who’s out of shape and constantly fighting the urge to sneak into their neighbor’s apartment and pretend to be her bath water.

I do want to talk about how the movie started.  It was perfectly done.  Giving us the full Batman origin in 2 minutes because, quite frankly, if you neeed to see more than that, why are you here. Then straight to the Man of Steel movie where Zod and Kal EL battle through the city.  Bruce Wayne doing everything he can to save as many as he can and losing people left and right.  It was well done and really put into perspective the thing that everyone criticized the Man of Steel for.  All of the waton death and destruction. When you see the look on Bruce’s face as he cradles a little girl and watches Superman crash Zod through yet another inhabited building, You know he would devote every waking hour to bringing justice to those responsible.

Then, three words show up on the screen that crushes my hopes for this movie.  With these three words I knew I was in for a rough ride.

Eighteen Months?  A year and a half?  One day people find out that there are aliens and one has been living among us for years.  Then two of them duke it out in a fist fight and the damage exceeds even 9/11 in destructiveness. And for an entire year and a half it’s just business as usual before anyone does anything in response.  Even Batman hasn’t made any plans regarding Superman at this point!

Alfred: It seems that Superman fellow has wrecked another town. Bruce: Who?

Ok, fine.  The review.  Here’s the good.  The action was awesome.  Every fight scene was really well done.

Batman:  Batfleck was really good.  The inspiration for his Batman obviously came from the Frank Miller, Dark Knight Returns.  Old and grizzled he now has to fight harder and dirtier to keep up with the younger criminals.  Even going so far as to quote “We’ve always been criminals” (though it felt a bit shoehorned in, I liked it anyway).  Alfred was also great with his occasional snarky comments.  He felt like a guy who’s seen some things. There was one issue though. Batman forgot how to stealth. I’ll explain that in my spoiler review.

Superman: Surprisingly enough I thought they did an ok job with him.  Having to continue from the last movie he still felt like a whiney petulant teenager who can sometimes be unsure about himself but in this context it was what had to be done and it carried over well.

Now here’s where it fell apart a bit.

Lex Luthor:  Some people liked this portrayal of Luthor but to me it felt wrong.  It was like Lex Luthor trying to be the Joker.  Luthor has always, to me, been a guy in control.  An unflappable, cold, calculating genius.  In this movie he felt unhinged.  Like he was always on the verge of losing his mind.  Very un-Luthor-like.  Also, his motivation seemed random.

Wonder Woman.  A lot of people liked her but I don’t think we’ve seen enough to get to know her.  She almost felt randomly thrown in and her presence didn’t help.  She had, maybe, 5 minutes of screen time total before the ending fight. As if she was only there to promote her upcoming movie. And that actually brings me to the biggest point yet. 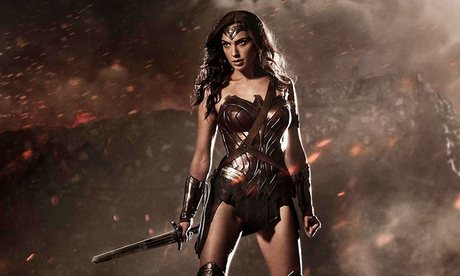 The oh-so-subtle movie tie-ins.  Half of this movie was solely dedicated to pimping out the Extended Universe.  Every third scene was, essentially, an ad for another movie. This is exactly what I warned would happen.  DC trying so hard to catch up to Marvel that they’re breaking their own ankles doing it.  Even the people who say they liked the movie admit to how disjointed it felt.  And the lack of subtlety is astounding.  Thanks to Batman apparently having psychic dreams, we now know what will happen in the Justice League movie.  Anyone with even a cursory knowledge of Darksied was spoiled as soon as his parademons and omega symbol were revealed in the trailer.

In conclusion:  This movie, to quote my brother, was Super Ok.  Not great but didn’t make me want to gouge my eyes out.  In my spoiler review I’ll get to some specifics as to why this movie couldn’t quite hit it out of the park.  I’ll see you then.  You’re welcome.