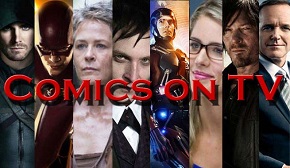 Today, we will discuss the current status of Comics being portrayed on TV.  First, I’m going to focus on live action shows.  There’s more of them out there at once than ever before. I’ll give the cartoons their own day soon enough, but live action shows have definitely carved out their own thing.  We nerds have almost completely taken over Hollywood and I, for one, couldn’t be happier.

It’s no secret TV has made a major come-up.  With real budgets, modern filming techniques, and writers who really seem to know their product, television is better than ever. Walking Dead, Game of Thrones, Breaking Bad.  TV is awesome now.  Of course, that’s assuming you’re ignoring all the ridiculous “reality” shows, the deluge of contest reality and the ever growing number of talk shows that all end up being copies of the same format. 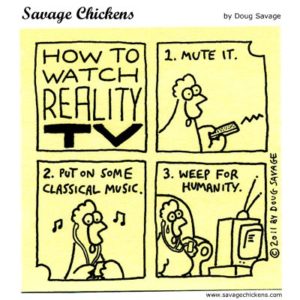 With the popularity of the movies, TV Execs have recognized the financial gains the nerd community can bring them. They also see the benefits of letting the real fans actually make the product instead of trying to mandate what we fans should like.  So without further adieu, let’s get started, shall we? As usual, let’s break it down by company.

The DC shows are really good.  I know I’ve been pretty blasé on the DC movie franchise but beyond that DC has been really impressing me over the years.  Gotham, for instance, is a work of genius.  Some people don’t like it, and I’ll admit that the Joker teasing is annoying.  I don’t think they should ever bring that character in, but then again, if they don’t, all the teasing is to give us blue balls.  But, the show does give a lot of insight as to why Gordon would be so willing to accept a vigilante later down the line.Because, until Batman shows up, he’s got to be the Batman and the cop. Not an easy line to walk (current comic storyline notwithstanding)

The Flash and Green arrow works really well as a co-existing universe.  Flashes more light-hearted tone set against Green Arrows darker feel (definitely a new direction for Green Arrow but it works).  I was even enjoying Constantine, but those bastards decided it wasn’t doing well enough.  Stupid TV Execs.  Too scared to let shows develope.  I can rant all day about TV Series that have been shut down too early (The Event, anyone?).

I’ve only seen the first episode of Supergirl, and it looked ok (not quite the Devil Wears Prada meets superheroes that people first thought).  I’ll try to watch more but it hasn’t fully caught me yet.  Jury is still out on that one.

Agent’s of Shield.  This show has got it tough. It has to work within the boundaries of the movies without actually involving the movies.They’ve done a pretty good job with it, too.  They literally had to blow themselves up midway through the second season to keep up with what happened in Winter Soldier.  Now someone brilliantly decided to switch them to be background build-up for the upcoming Inhumans so they don’t get caught with their pants down again.

In the wake of the epic adventures of the Avengers and Friends, we get to see some street level heroes on Netflix.  Daredevil and Jessica Jones have been great so far.  Gritty, and very human, they deal with what The Avengers don’t get to see.  I love that they are part of that universe but are far enough removed that they don’t have the same issue that AoS has.  This adds so much depth so their universe.  It’s also, an element DC may miss out on by keeping their TV and Movie franchises separate.  But considering Flash has introduced Multiverse theory, a crossover may still happen.

Finally, I have to talk about the show Heroes.  The first run suffered a bit for me because they made a whole thing about saving the cheerleader but nothing really seemed to come of that.  Then, the whole story got kind of muddled at the end there. Heroes Reborn though was complete brilliance from start to finish.  This was the only season but it was the much needed culmination of what everything has built up to.  If you haven’t seen it, see it. Now.

I won’t bring up Walking Dead, despite that being a comic as well.  I wanted to keep this to superheroes this time.  Anyway, that’s my TV Wrap-up.  Hit me on my Facebook page to tell me what you think.  If you disagree, great.  I don’t mind letting you know why you’re wrong.  All kidding aside, we can debate, and discuss anything you thought, what I’ve missed (and I know there’s a few), and what’s upcoming.  Later.