Now before I get to Captain america and how the whole thing ended, I’m going to talk about the only complaint that has any merit at all.  Here’s why it’s still wrong.  “Why couldn’t all the important stuff happen in the Civil War series proper so I don’t have to buy a bunch of side comics to know what’s going on?  It’s obviously a ploy by Marvel to suck more money out of us.”

Now this argument could work.  Except it doesn’t.  I an event like the Infinity Gauntlet (arguably the greatest crossover event ever), it was mostly self contained.  Once the story was over everything went back to the status quo.  this means writers of other comics can just write the event off as happening before or after whatever storyline they were in the middle of and ignore it.

Now we get to the reason I love Civil War so much.  It shakes up the entire Marvel Universe in a way that no character can ignore.  This was an undertaking so massive it could not be contained just in the series proper.  Once it was over everyone was left with a feeling that the world had truly been changed in a significant way.  NOt just in the “world reboot” way that DC does often to refresh their roster but in a living, breathing, evolving world way.This had never been done before in this fashion.  In this way, it makes sense that things would happen outside of the main storyline that effects the main characters as well.  The story is too big not to.

And, speaking of how it ended.  Let’s talk about that.  Why did Captain America give up.  “Yeah, Kronoscide, why.  He was winning and it made the whole thing sort of peter out instead of a big finale.  That was weak.”

Sure, if you’re a bloodthirsty psychopath who doesn’t care who dies as long as you reach your goal.  Lucky for us, The Cap ain’t one.  Things were really getting crazy and someone esle was going to die soon.  Likely, a lot of people on both sides.  When he looked around during that last battle, all he saw 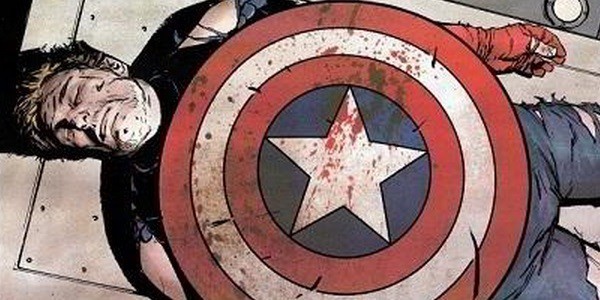 were friends fighting friends, ready to kill each other.  He decided that he was the only one who can stop it.  So he did.  While he still didn’t agree with it, the SRA was still better than what they had become.  Just a couple of super-powered gangs beating on each other until more people died.

It’s a very powerful message about how defending your point of view can very easily get away from you and devolve into pointless and often violent back and forth.  Many times the cause is forgotten in the process.

Wow, that got serious.  Let’s move on before I get too depressing.  I want to move on the a sort of What Went Wrong segment of this article.  While I really liked the Civil War as a whole, I did have some problems with the follow-ups.  There were so many good ways to to clean up the Civil War and answer some of the questions that were left.  I’ll only discuss two missed opportunities.

Big surprise, right?  The idea was a good one but the execution?  Meh.  The biggest problem was the fact that no major players were replaced by Skrulls.  The most glaring omission was the true driving force behind the SRA supporting faction.  No, not Tony (suckers).  Reed Richards.  Didn’t you notice that whenever Tony started to doubt himself, it was reed who encouraged him to keep going?  Reed had encountered and defeated the Skrulls more than anyone else on earth.  It would have made since that his capture would have emboldened the Skrulls to move forward with their plans.  Plus it would have explained why he was more enthusiastic to track down and detain other heroes than Tony, yet was reluctant to go out in the field himself.  Seriously missed opportunity there.

The return of Captain America

This doesn’t affect the actual Civil War itself but it is part of the Civil War aftermath.  This story was OK but they messed up in one major way.  The actual method of bringing him back [SPOILERS, duh].  The bullet putting him out of sync with reality is dumb and should have been easily noticed by either Tony or Reed.  It would have been far better to pull upon Doom’s mystical abilities and some writers seem to forget he has.  It would have made more sense if the bullet was magically bonded to shunt Cap’s spirit to limbo while preserving the body.  This would have been much more difficult for science minded Tony & Reed to detect and they could be fooled into thinking the serum in Cap’s body is what is keeping the body so well preserved.  Moving Red Skull’s spirit into the body could be the catalyst that weakens the barriers between Cap and his body, allowing him to have a spiritual battle back to existence.  It could even have manifested in the same way having him fight through his own memories.  The whole phase lock thing has been detected and even used so much around Stark and Richards that it’s too dumb that it got by them for so long.

Now let’s wrap this up.  The Civil War is good.  Very good.  It changed the world like no other event before it.  “House of M” came the closest and that only really affected the mutant corner of the world.  I saw how everyone jumped for joy when the next Captain America movie subtitle was announced.  You all love it, too.  Now I don’t want to hear any more from you about the story wasn’t good.  I’ve just proven that it worked.