I have had quite a rocky relationship with Marvel’s star spangled boyscout, Captain America. There have been times when I’ve thought of him as one of the coolest guys in comics. Then there were times I’ve hated that he exists. I’ve seen him as noble and honorable. I’ve seen him as arrogant and overbearing. I’ve either loved him or hated him depending on the how he’s portrayed or the situation he’s in. To explain, let me take you back to the beginning.

No, not his origin. If you don’t know that by now you should leave comics. I meant my beginning with him.

I was always aware of him but my first real exposure to him was in the mid 80’s right around when he quite being Captain America and was just “The Captain”. He started wearing the black costume worn later by US Agent and he looked cooler than ever. Being hunted by a government who wanted to control everything he still fought for what he believed in. He was no wolverine but he was cool.

Then came the Infinity Gauntlet trilogy. The series itself is inarguably the greatest crossover series EVAAAR. It had nearly every hero in the marvel universe. It had the greatest villain ever. And the story was extremely well thought out and executed. 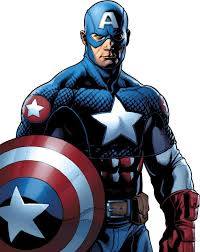 The one thing that stood out as a negative for me was that this was when I began to notice Steve’s arrogance. The second time he faces Thanos during Infinity Wars he declares “We nearly took you down when you had the gauntlet”. My first thought was “Wait, wha?” They never even got close. Not even the Marvel’s full cosmic might could do it. In the end Thanos just sort of let the power go (Spoilers?).

Throughout the entire series I began to notice how he was simply a pawn to greater beings being easily manipulated by he own self righteousness. He was no longer the cool guy with the awesome shield throw power. It was over between us.

Until much later and the Civil War began. Normal heroes were suddenly being faced with the same thing the X-Men dealt with since the beginning. As a black man, I felt the hardships of mutants being discriminated against simply for how they were born. Now the rest of the spandex community feels it too.

Captain America decides to stand up against this and leads the charge for freedom. He was my hero again. Fighting against injustice (a little late for the X-Men but he got there eventually). He even died (Marvel death, not real death) for the cause. Even when he came back and took over shield I was still on his side.

Of course, these thing never last. Avengers vs X-Men happened. In my opinion, that whole debacle was his fault. The Phoenix Force was coming for Hope Summers. This could be good or bad. Last time it came around it was god for a short time then turned really bad. The X-Men hope this could lead to fixing the Decimation of the Mutant community. Captain America figured it would be good idea to keep an eye on her just in case. Makes sense to me too actually.

The problem came when he decided to act on it. Instead of talking to Scott and working with him to make sure nothing goes wrong, he decides to Jack boot his way onto the Mutant stronghold and say “Give me Hope, or else”.

Now he’s become the equivalent of Batman’s Oracle for the Avengers. I’ve not read those yet so I don’t have an opinion but I’ve always appreciated the cerebral hero so maybe that will turn around again.

I will say that I have been enjoying him in the movies. Who’d have thought that the guy I hated as Johnny Storm, I’d enjoy as Steve Rogers. Guess I can’t blame him for the FF Crapfest. He’s proven his superhero acting chops.